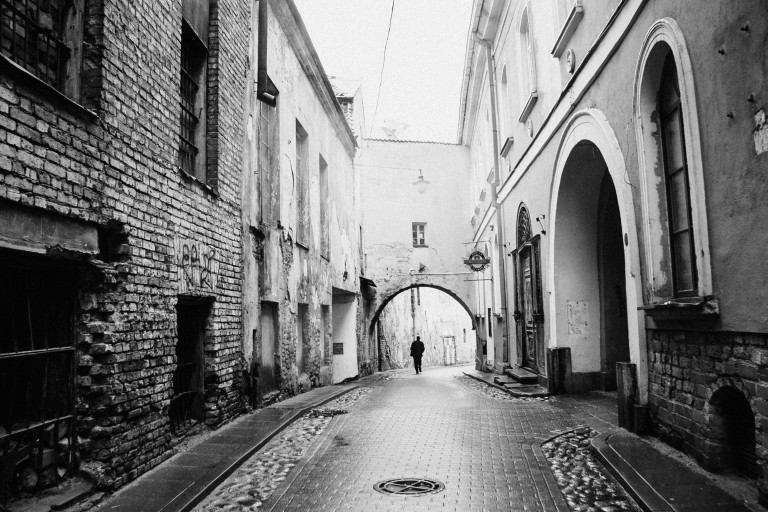 I’ve been thinking about the issue of obscurity lately, because I’ve wanted to write about a book that’s been sitting on my desk for months now. It’s an English translation of the work of a Lithuanian poet, Janina Degutytė (1928-1990). She wrote her best verse during the Soviet years, and lived openly as a gay woman in a time and place when this was unheard of. She died shortly before her country regained its independence.

My colleague and friend, Mary Gražina Slavėnas published the translations of Degutytė’s poems in 2003. Her book is a labour of love if there ever was one, for can it get much more obscure than Degutytė? What is the significance of the work that Slavėnas put into ensuring that a trace of that oh-so-talented but ever-so-obscure poet remained in a language that was not her own, I wonder. It’s somehow defiant as a gesture — the translator thumbing her nose at obscurity.

I came across Degutytė in my work on Epistolophilia. The (obscure-in-her-own-right) librarian about whom I wrote my second book used to send much-needed heart medication from Paris to the Vilnius poet. In doing so, Ona Šimaitė may have saved Degutytė’s life, and gave her many years of productivity.

I’ve always been attracted by little-known writers, by lives lived on the margins, and in minor languages. A historian friend once laughed at me (though not unkindly), saying “This is what you literary people do: find some obscure author no one’s ever heard of, and voilà, you have a subject.”

In a way, my historian friend was right.

If I have a vocation, it is this: to gather and preserve traces of lives the memories of which I feel are worth saving. Though I see the value of writing books about Shakespeare, Beauvoir, Pushkin, and other iconic figures, this is not my calling (or at least it hasn’t yet been). For me, there’s something thrilling and even weighty about publishing the first real account of someone’s life.

But is there still room for the obscure, unknown and hopelessly uncommercial?

Our industry is changing, and it somehow seems easier and simultaneously, paradoxically more difficult to publish than ever before. As much as I can, I try to ignore the building anxiety surrounding book production, and concentrate on the work of writing. Amidst all the noise, I continue to try and take the long view. I remind myself that libraries, at least, are eternal.

I build homes with poems, wrote Degutytė in “Undeliverable letters.”

I try to do the same.

In my way, I build portraits with words, memorials with paper, and memories with imagination. Even if my work might find but a few readers today, I tell myself that a trace will always remain in the stacks of great book repositories. And most days, this is enough to keep me going.

But lately, with library closures and increasing percentages of library budgets going to electronic resources, I have started to wonder if this long view is naïve. Can we continue write for the stacks? Who will ensure the safeguarding of important (though rarely commercial) works?

You built so many houses

to keep people safe and warm.

I’ll give it a try. — Janina Degutytė, “Undeliverable letters.”

7 Replies to “On Obscurity and the Long View”