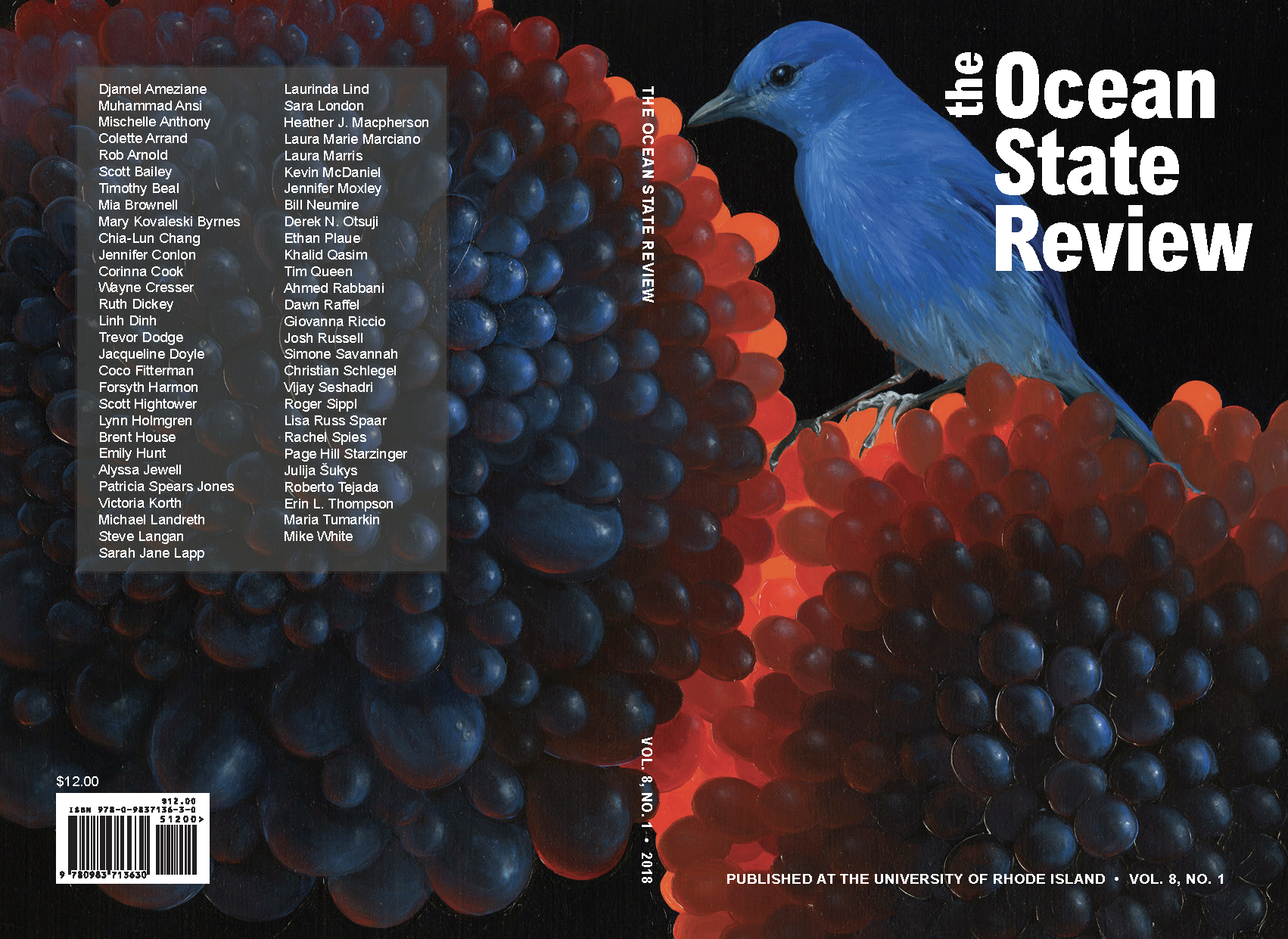 I was deep into my work on the book when I discovered (to my great joy) that I was pregnant with my son. Once I was over morning sickness, it was an easy pregnancy and even a pleasurable one. I continued to work and travel until the last month when my blood pressure shot up. At that point, per my midwife’s orders, I abandoned my manuscript and put myself to bed. It was a long, long time – almost two years – before I managed to return to writing in a concentrated way. — J. Šukys, in an interview with The Ocean State Review

Thank you to Heather Macpherson for taking the time and energy to talk to me at length about writing, research, and my last two books, Epistolophilia and Siberian Exile. This interview appeared in the most recent issue of The Ocean State Review.

You can read the interview with The Ocean State Review here.

Thank you to Ned Stuckey-French for his appraisal not only of Siberian Exile (2017) but also of Epistolophilia (2012), and my work in general. His review essay, called “A Mind Thinking” (Fourth Genre: Explorations in Nonfiction, Spring 2018, p. 209-220) concludes like this:

As I was reading Siberian Exile, I began to think about what its predecessor [Epistolophilia] mean to the field of creative nonfiction. We talk often about the essay renaissance that has flowered in the United States since the 1980s. What Julija Šukys’s work reminds me is that this renaissance is, has been, and can be global in its reach. A Canadian who now writes and teaches in the United States but who was born into a family that was cast into the Lithuanian diaspora, Šukys is especially equipped to take the North American essay out into the world, and vice versa. The range of her work is stunning. It stretches across three continents, thousands of miles of travel, scores of interviews in multiple languages, and decades of history — extending from World War II through the Cold War and the fall of the Soviet Union to the present — but she also stops and looks at moments, boring deep into an exchange on a train or the night of a massacre. Her work is horizontal and vertical. It is historical and personal. She reveals the history of the last century through the lives of individuals, often as they faced the most dramatic moments of their lives, and she tells us the story of her own mind thinking about the history, the moments, and the people she has encountered. 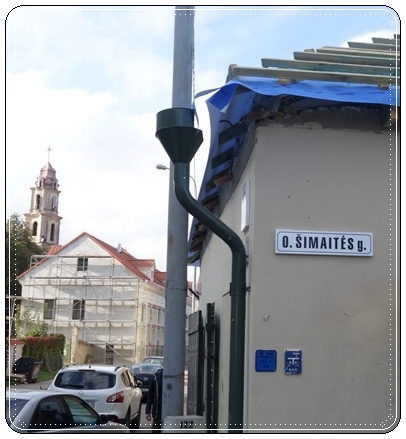 I woke up this morning to the news that a street had been named for Ona Šimaitė, the subject of my second book, Epistolophilia. Šimaitė was a librarian, a feminist, a deep thinker, an obsessive letter writer, and a Holocaust rescuer. She loved Vilnius and its people, books, libraries, churches, theatres and markets. No doubt, the knowledge that one of its streets now bears her name would have moved her deeply. She didn’t believe in riches (she was a hardcore leftist who didn’t even believe in owning property!), but she loved words and had a deep reverence for humane gestures like this one. I think she would have approved.

I thank all those who have worked quietly (or not so quietly) to have her honored this way. I can’t wait to walk the street myself.

Photo courtesy of Defending History. You can read more about the naming ceremony via this link. 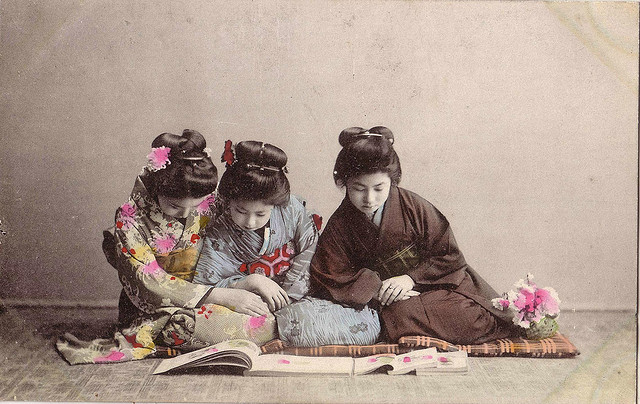 A generous and exacting review of Epistolophilia  appears in the current issue of the Women’s Review of Books. Rochelle Godlberg Ruthchild writes:

Šukys, in a true labor of love, rescues a remarkably brave woman from history’s dustbin, and in the process complicates the narrative about Lithuania during the Holocaust and the postwar period.

Epistolophilia here is paired with Marianne Hirsch’s The Generation of Post Memory.

You can read the review here. 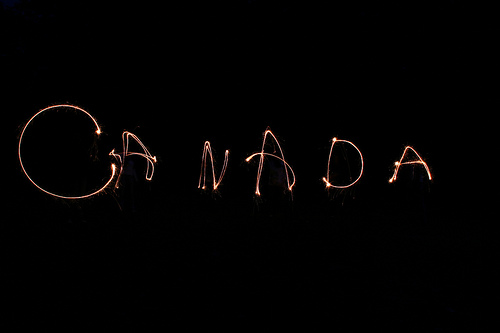 I was honoured to be chosen as a reader for the Canada Writes creative nonfiction competition for 2013. Over the winter months, I sifted through hundreds of submissions that arrived at my door every few days in fat yellow envelopes. Now, at long last, the shortlist and winner have been announced.

Last week, I talked to Anne Malcolm, host of The Monday Morning After at CKUT Radio in Montreal, about creative nonfiction in general and about being a Canada Writes reader in particular. Even though I have a bit of a phobia of hearing to audio of myself, I took the plunge and sat down to take a listen to the interview and decided it wasn’t so bad.

You can listen to the CKUT interview with Anne Malcolm here.

You can read my Q & A (the one I refer to in the radio interview) about being a Canada Writes judge here. 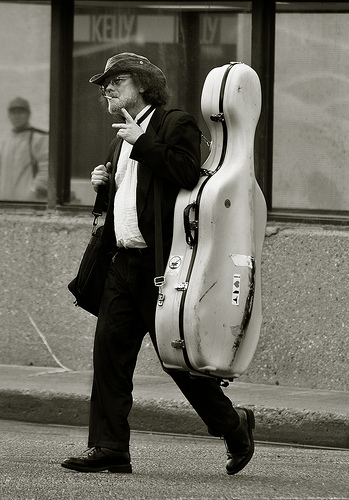 Gerald Hill is the author of Fourteen Tractors (NeWest Press, 2009),  for which he won the 2009 Saskatchewan Book Award for Poetry. He has  published four other collections of poetry: My Human Comedy (Coteau Books, 2008), Getting To Know You (Spotted Cow Press, 2003), The Man From Saskatchewan (Coteau Press, 2001), and Heartwood (Thistledown Press, 1985). He lives in Regina, where he teaches English and  Creative Writing at Luther College at the University of Regina.

Narrative nonfiction writer and biographer Julija Šukys is the author  of Epistolophilia: Writing the Life of Ona Šimaitė (University of  Nebraska Press, 2012). Šukys follows the letters and journals of  Šimaitė (1894–1970), a Lithuanian librarian who for several years  aided Jews in the Vilnius ghetto during German occupation. Eventually, her activities were detected by the Gestapo and Šimaitė was sent to  Dachau. Journeying through thousands of letters, scores of diaries,  articles, and press clippings, Šukys negotiates with the ghost of  Šimaitė, beckoning back to life this quiet and worldly heroine—a giant  of Holocaust history (one of Yad Vashem’s honoured “Righteous Among the Nations”). The result is at once a mediated self-portrait and a  measured perspective on a remarkable life. It reveals the meaning of life-writing, how women write their lives publicly and privately, and  how their words attach them—and us—to life. Šukys is also the author  of Silence Is Death: The Life and Work of Tahar Djaout (University of  Nebraska Press, 2007). She lives in Montreal.

Lately, I’ve been away from home a lot. And it’s all been in service of my book, Epistolophilia.

My “book tour” — as my sister-in-law so generously called the series of lectures, conferences and readings that I almost single-handedly organized and raised money for — has, since November, taken me from Toronto to Chicago to NYC, Washington DC, Worcester, Mass., then Missouri, Nebraska, Boston (twice!), and a few different venues here in Montreal.

Along the way, I’ve been greeted with heart-warming generosity and support. I’ve met readers who loved the book and wanted their copies signed, librarians and archivists who thanked me for giving them a hero, survivors and their children, young university students who were sweetly nervous to talk to me, and many colleagues and new friends who gave selflessly of their time to make my visits run smoothly.

Highlights included wine and cheese at a little NYC bistro with a French-Litvak documentary film maker, meeting a writer-researcher in Worcester whose book has been helpful to me in my current work, dinner with 7 feminist scholars after a reading at Assumption College, and witnessing the machine that my Nebraska friend Gediminas Murauskas (below) set in motion — namely, a whirlwind series of readings and meetings in Lincoln and Omaha that made me feel like some sort of rock star.

Last of all, there was the frenzied embarrassment of riches that is the AWP Conference — a meeting of 12,000 writers — held in Boston this year. I met essayists I’ve been corresponding with for a while and whose work I love, discovered new (to me) authors and books, listened to stimulating panels about CNF and memoir, and witnessed big-name writers read and talk about their work in a way that was familiar and friendly (Augusten Burroughs, Cheryl Strayed, Derek Walcott, Seamus Heeney, Phillip Lopate, David Shields, Pam Houston, Roxanne Gay…and on and on). There were dinners and lunches to share with writer friends, wine glasses to clink, and much to learn.

Along the way, my son and husband have been forgiving of my absences. We all understand that this is temporary, but that supporting a book and meeting with readers is part of the job of a writer.

So, what did I learn about “touring” a book? Here are seven things, off the top of my head. If I come up with more, I’ll share those in the days to come. 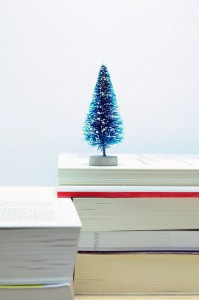 Maisonneuve Magazine is published out of Montreal and “has been described as a new New Yorker for a younger generation, or as Harper’s meets Vice, or as Vanity Fair without the vanity.” The quarterly offers “a diverse range of commentary across the arts, sciences, daily and social life.”

When the publication asked its contributors to share their favourite reads of the year, Crystal Chan chose Epistolophilia by yours truly. Here’s what she says about it:

The book…evolves into a meditation on those at the margins of society (women, Jews, gentiles in Holocaust literature, Lithuanians, the mentally ill), and the power and place of archives and texts. What does it mean to be a woman who writes? By embedding herself into her book, Šukys managed to write a book that’s equal parts biography, personal travel memoir, and anthology of wartime correspondence, but that also transcends these genres. Most of all, this is a book-length essay in the tradition of Virgina Woolf.

My favourite line is the last one. To be considered as working in the tradition of Virginia Woolf — what a gift.

May the coming year bring you peace, good health, and good writing.

As I posted on Facebook, I will admit that my hands shook for a while after learning the news that my book, Epistolophilia: Writing the Life of Ona Šimaitė has been long-listed for the Charles Taylor Prize in Literary Non-Fiction. It’s an enormous honour.

THE CHARLES TAYLOR PRIZE commemorates Charles Taylor’s pursuit of excellence in the ﬁeld of literary non-ﬁction. The prize will be awarded to the author whose book best combines a superb command of the English language, an elegance of style, and a subtlety of thought and perception. The prize consists of $25,000 for the winner and $2,000 for each of the runners up as well as promotional support to help all shortlisted books stand out in the national media, bookstores, and libraries. Authors whose books have been shortlisted for the prize will be brought to Toronto for the awards ceremony. The winner will be invited to read at the International Festival of Authors, held in October at Harbourfront Centre in Toronto.

You can find the entire long-list here.