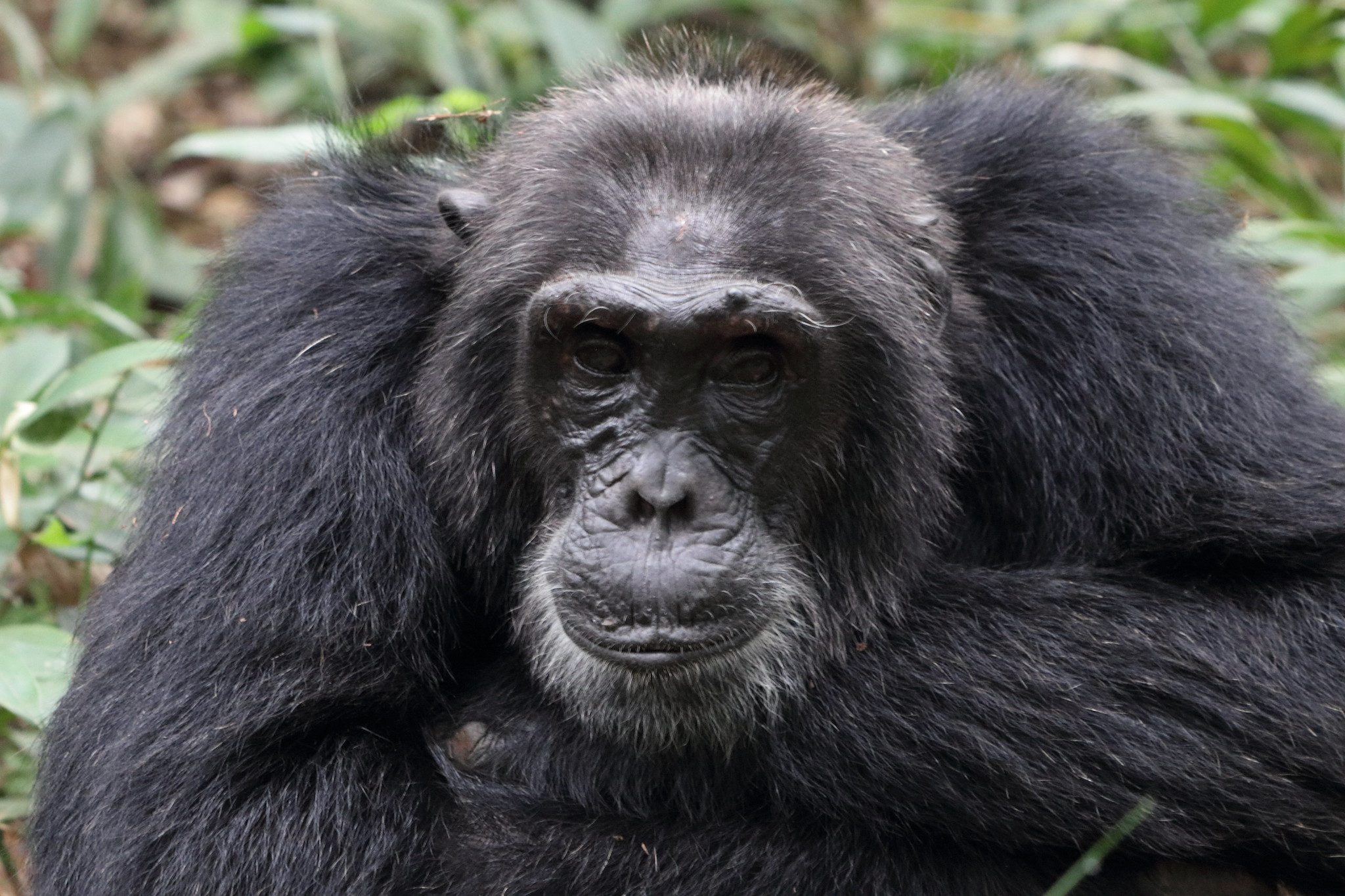 Andrew Westoll. The Chimps of Fauna Sanctuary: A Canadian Story of Resilience and Recovery. Harper Collins, 2011.

Andrew Westoll’s The Chimps of Fauna Sanctuary is a deeply humane account of chimpanzee lives, and a troubling testament to how monstrously we’ve treated our closest cousins on this planet. The book tells the story of thirteen former research chimpanzees living out their days at a sanctuary located on the south shore of the Saint Lawrence River in Quebec, a stone’s throw away from where I live. Westoll was invited to live at the Fauna Foundation for a time, and to write the biographies of its primate residents. The framing narrative presents the author learning the ropes of chimp care: the weekly habitat wash that involves complex herding of chimps from one room to the next and the sanitation of feces-encrusted toys; the complexities of medication-laced smoothie production; and the annual fumigation of the Chimp House called “Operation Cucarachas,” when human and primate residents alike live outdoors.

One chimpanzee named Tom sits squarely at the heart of the book. A kind of old soul, Tom seems to change everyone he meets, whether human or chimp.

At Fauna, Tom can often be found slumped against a wall, one hand clinging to the caging above or resting on a windowsill. In this position he looks like he’s slumped on a sofa in a seniors’ home midway through slipping his arm around his sweetheart. When Tom walks on all fours, when he claps to get Gloria’s [his caregiver’s] attention, or simply when he’s lunching, the calmness of his movements suggests he knows all about time – how it works, how it can ravage you, how best to reconcile yourself to these facts. Something about Tom puts the lie to the old cliché time heals all. (29-30)

Tom is the face of Fauna Sanctuary and of the wider movement to protect and provide sanctuary to chimpanzees, and Westoll argues that the footage of him climbing a tree for the first time since his capture affected US Congress Representatives so deeply that they moved forward with legislation to protect great apes. The book is dedicated to Tom.

The tragedy of the chimpanzee, Westoll tells us, is that they are simultaneously so similar to and so different from humans. Chimpanzees and humans share all but a fraction of our respective DNA, yet chimpanzees are creatures with distinctly non-human social rites and needs. Of course, when chimps are raised by humans, they disconnect with fundamental aspects of their own species, and become more like humans. All the chimps at the fauna sanctuary occur somewhere along this chimp-human continuum. Regis loves to paint and listen to music, Rachel carries her gorilla baby dolls with her everywhere she goes, and Toby feels handsome when wearing a scrunchie around his wrist. But as quirky and sweet as Westoll’s descriptions of each chimp’s particularities are, his accounts of the horror that these animals have experienced and witnessed is unflinching. He tells of “knock-downs” with dart guns, countless surgeries and recoveries without pain killers, of years-long solitary confinement in cages suspended above lab floors, of viral infections then experimentation with vaccines. Westoll deftly tells the history of chimpanzee captivity, breeding programs and research. He weighs their outcomes and benefits to human health against the undeniable suffering undergone by its subjects. In the end, he comes out squarely against such research and in favour of chimpanzee sanctuary for all remaining research subjects. It’s hard to read this book and not to come out with the same conclusions.

I must admit that I began reading The Chimps of Fauna Sanctuary because Andrew is a friend. It’s not generally the sort of book that I read, and I wondered about the appropriateness of posting a Life-blood review about it, given that its subjects were animals.

But I needn’t have hesitated.

Above all, Westoll demonstrates that these chimpanzee lives matter. That these thirteen strong and troubled creatures deserve the care and dignity that any survivor does, because they carry similar scars and memories. And that their stories too deserve to be told.