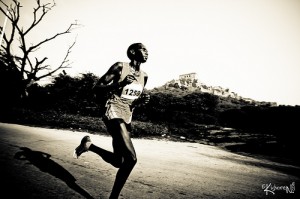 Recently, a fellow writer (who publishes short essays and pieces of travel writing) told me about a book she’d just finished reading. It was an excellent book she said, but added with wide eyes: “It took him seven years to write! That’s crazy. I could never do that.”

I have this thing I do when I’m not sure how to respond: I involuntarily freeze stone-faced for a few seconds, thus allowing my brain to work. It’s what happened after my friend’s remark. All kinds of thoughts whipped through my head, as I stood there motionless, considering what to say next: Wait, I’ve spent at least that long on my book! What does that mean? Is it really crazy to do that? Am I crazy? Have I wasted my life? Does the fact that my book took me so long to write mean that I’m a bad writer?

In the end, I shrugged and tried not to seem defensive: “That’s how long my book took me to write.”

It was a bit of a white lie. Truth is, it actually took me longer.

I doubt that anyone who picks up Epistolophilia will guess that it was twelve years in the making. For one thing, it’s not even a particularly long book. But even though I didn’t write consistently for twelve years, and accomplished a lot of other stuff during that period, from the first discovery of Ona Šimaitė’s story to the appearance of the book, that’s the amount of time that elapsed.

There are many reasons why it took so long to complete. First, I had to gather research materials from five archives in three far-flung countries. Once I’d collected these, I had thousands of manuscript pages to sift through. What’s more, to read a large portion of these documents, I had to remember how to read Russian (a skill I hadn’t used for some ten years). When I actually started writing, I made some false starts and took some wrong turns. Finally, I had a baby. That slowed things down even more.

Had I known then what I know now, I could have saved myself a few years. But I didn’t, so I couldn’t. Live and learn. Write and get better at it.

How long should a book take to write? My answer: as long as it takes.

Writing, in large part, is an endurance test. The creation of a book is a marathon, not a sprint, so one of the most valuable traits a writer can cultivate is patience – with herself, with the industry, and with the creative process.

Some writers work incredibly quickly.  I applaud them and, truth be told, am slightly envious of them. But if you’re like me, and write at a snail’s pace, that’s OK too.

Make peace with your natural pace and rhythms, whatever they are. That’s how the best work happens.

7 Replies to “How Long Should a Book Take to Write? (On a Writer’s Natural Rhythms and Pace)”