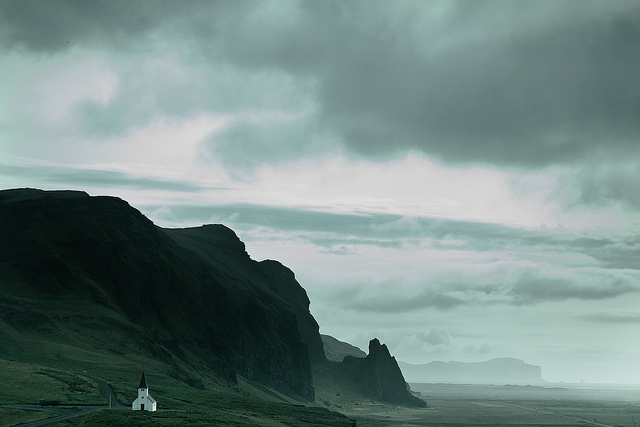 A few days ago, I received an email from Eric Scott, one of my creative writing graduate students, with the subject heading: “Behold the Power of the Internet!” Just a day earlier, we’d been racking our brains, trying to raise 3,000 dollars in tuition for an Icelandic summer language program that he’d been admitted to, but for which he’d received no funding. The course would fulfill not only our PhD program’s language requirement, but would set Eric down his planned research and writing path.

We scoured our university’s available funds, searched for funds available through our academic consortium, the federal government, and surfed the sites of Scandinavian Studies organizations. Finally, I had him call the language program assistant from my office while I sent a few last “Hail Mary” emails to the Icelandic embassy in Washington. All to no avail. With the last stone seemingly turned, I admitted defeat.

Should he take a loan, Eric asked? No, I said. Better to defer admission and take the time to raise tuition for next summer. I’m very debt-averse myself, and the last thing I want to do is to send my students out into a very difficult job market saddled with financial problems.

The next morning, I got the email. Eric had raised more than 2,000 dollars in a matter of hours. How? Here’s what he said when I asked:

Once I realized that traditional funding wasn’t available for my Icelandic class, I decided to try crowd-funding. A website that I write for, The Wild Hunt (www.wildhunt.org), funds itself with an annual Indie-Go-Go fundraiser, so I had a source of advice while I was designing the campaign. I was fortunate enough that some of the places where I regularly publish – The Wild Hunt, Killing the Buddha, Witches and Pagans Magazine – helped me advertise the campaign, but most of the donations have come from family and friends.

“Ask and you shall receive,” I thought.

Eric’s model is not one I would necessarily recommend to all my students, but I think his story is instructive in a number of ways. It shows how, with enough persistence and creative thinking, you can do just about anything. It illustrates that small communities will support their members if they are doing interesting work and if they ask for help. Finally, it demonstrates that small amounts of money (much of Eric’s funding came in 5 bucks at a time) can grow to a reasonably big pile in a surprisingly short period of time.

Above all, the lesson is this: Keep dreaming. Keep working. Keep telling your stories. Occasionally, the universe surprises.

If you want to kick in 5 bucks or more to Eric’s campaign, you can do so here.  He’s a little shy of his full tuition. He’s offering fun rewards in return for support.

2 Replies to “Behold the Power of the Internet! (On Crowd-funding)”