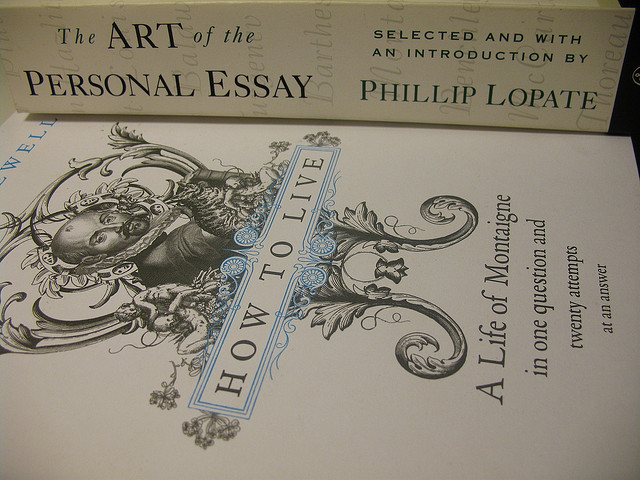 Here’s a list of books to use when teaching CNF. It’s not exhaustive, but it’s a good start. This list originally grew out of a discussion by members of the Creative Nonfiction Collective (CNFC). Members of “Essaying the 21st Century” (on Facebook) have added to it as well. If you have suggestions, feel free to send me a note or add a comment.

Birkerts, Sven. The Art of Time in Memoir: Then, Again

Castro, Joy. Family Trouble: Memoirists on the Hazards and Rewards of Revealing Family

–, ed. The Next American Essay

–. Writing as a Way of Healing

Fakundiny, Lydia, ed. Marcela Sulak and Jacqueline Kolosov. The Art of the Essay

Gornick, Vivian. The Situation and the Story.

Gutkind, Lee, ed. In Fact: The Best of Creative Nonfiction

–. You Can’t Make This Stuff Up

Kaplan, Beth. True to Life: 50 Steps to Help You Tell Your Story

Karr, Mary. The Art of Memoir

Lopate, Phillip, ed. The Art of the Personal Essay

–. To Show and To Tell: The Craft of Literary Nonfiction

–, ed. The Rose Metal Press Field Guide to Writing Flash Fiction: Tips from Editors, Teachers, and Writers in the Field

–. The Truth of the Matter: Art and Craft in Creative Nonfiction.

Zinsser, William. Inventing the Truth: The Art and Craft of Memoir

–. On Writing Well: The Classic Guide to Writing Nonfiction. 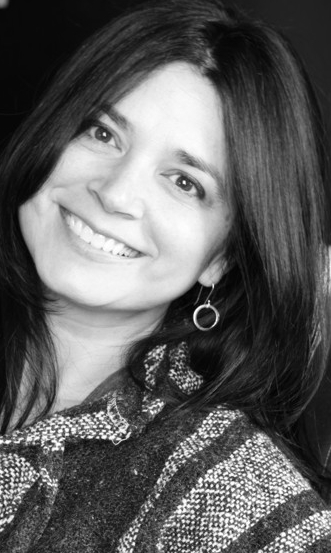 Joy Castro http://www.joycastro.com is the author of the memoir The Truth Book (Arcade, 2005) and the New Orleans literary thrillers Hell or High Water (St. Martin’s, 2012) and Nearer Home (St. Martin’s, 2013). Her essay collection Island of Bones (U of Nebraska, 2012) is a PEN Finalist and the winner of an International Latino Book Award. Her work has appeared in Fourth Genre, Seneca Review, Brevity, North American Review, and The New York Times Magazine. An associate professor at the University of Nebraska-Lincoln, she teaches literature, creative writing, and Latino studies.

Essays by twenty-five memoirists explore the fraught territory of family history, analyzing the ethical dilemmas of writing about family and offering practical strategies for navigating this tricky but necessary material. A sustained and eminently readable lesson in the craft of memoir, Family Trouble serves as a practical guide for writers who want to narrate their own versions of the truth while still acknowledging family boundaries.

The 25 distinguished, award-winning memoirists who contributed to Family Trouble come from a wide array of cultural backgrounds and family configurations. They include college and university educators, many of whom have published craft texts.

The contributors, with links to their author websites, are listed here: http://www.joycastro.com/FamilyTrouble.htm. 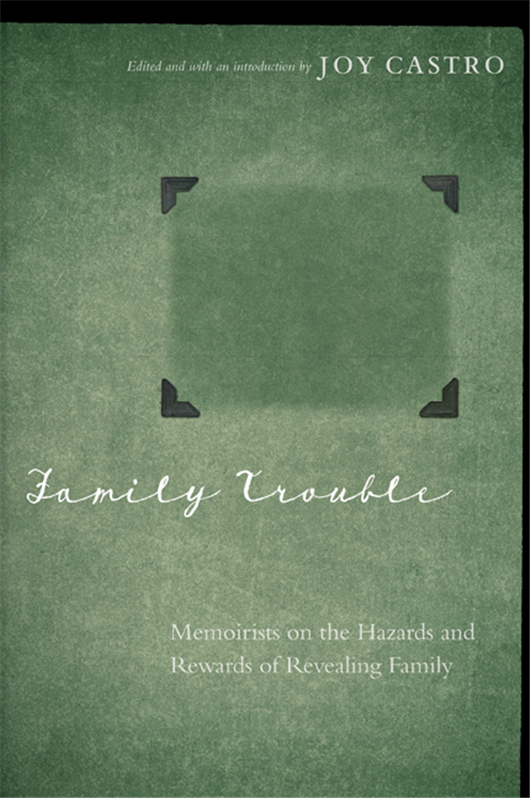 Julija Šukys: Joy, I’m so happy to have the opportunity to discuss your recent edited anthology, Family Trouble. I myself am working on a project that tells the story of my family’s history, and I’m grateful for the chance to have a conversation with you about it here and with the authors whose works you gathered via the pages of your book.

Tell me a bit about yourself. What is your writing background, and how did you come to want to put together this collection about the challenges of writing about family? How did you find the contributors to this book, who are many and varied?

Joy Castro: First of all, thank you so much for your interest in this book. I’m grateful. I hope Family Trouble will help many writers, aspiring writers, and teachers of writing as they think through these tricky issues.

I’ve published two books of memoir, The Truth Book (2005) and Island of Bones (2012), both from University of Nebraska Press, which also brought out Family Trouble. I’m also a writer of literary thrillers: Hell or High Water (2012) and Nearer Home, both set in New Orleans and both from St. Martin’s Press, and they’ve been optioned for film or television. I publish essays, short fiction, and poetry. At the University of Nebraska-Lincoln, I teach fiction and creative nonfiction in the graduate program.

The idea for this particular collection began to grow when I was touring with The Truth Book. After I read, audiences always wanted to know how my family felt about the revelations it contained. That surprised me. I knew how carefully I’d thought through those issues of respect, privacy, and artistic license, but I hadn’t realized that anyone else would be interested.

At the AWP conference in 2008, I coordinated a panel on the topic—mostly due to my own curiosity, and so that I could hear what the other four panelists thought about it.  I thought 20 or 30 people might show up.  But over 400 came.  I knew then that I’d stumbled onto something that was an issue of real urgency for many people, so I decided to try gathering a collection of diverse views on the topic.

A few of the contributors were memoirists I knew personally whose work I admired.  Others were writers whose work alone I knew and admired, and I e-mailed them with an invitation to contribute. A very few, like Paul Lisicky and Susan Olding, were writers whose work I didn’t previously know but who were recommended to me by contributors whose work I’d already accepted, and their essays were really great and fit the collection’s topic well. In one case, I went after a published essay I’d read online, the piece by Alison Bechdel, because it spoke so beautifully (and succinctly) to the topic.

In gathering the pieces, I wanted to include memoirists whose opinions, aesthetics, and strategies diverged significantly, so the collection could examine the issue from a variety of perspectives.  No easy consensus emerges, and I think that’s a healthy, lively, challenging thing for readers to experience.

I also wanted other kinds of diversity:  cultural, sexual, racial, class, family itself.  There are several pieces by memoirists who occupy positions in the adoption triad, for example. These social, experiential factors inflect how we approach the issue of writing about family, so I wanted to try to include a broad range of standpoints.

Writing about family, just about everyone agrees, is problematic because it involves telling the stories of others. There is almost a necessary appropriation that happens in the writing of family stories, since families are, by definition, networks of relationships and of love, resentment, competing memories, and allegiances. “The details might be a part of my story,” writes Ariel Gore, “but it is not my story alone” (65). Similarly, Heather Sellers suggests in the last essay in the collection: “To write about family is to plagiarize life. I believe it can be done with grace. I believe, in my case, it has been the right thing to do. But it’s still stealing” (211). What do you think of Sellers’ use of plagiarism and theft as ways of talking about the theme at hand? Is writing about family always transgressive?

I was happy to get to write the introduction to the collection, which gave me the opportunity to lay out my own point of view on these matters at length. Here, I’ll just say that I respect, have learned from, and enjoy all the different essayists’ perspectives, but my own is that writing memoir is a search for understanding. For me, if I’m immersed in answering urgent questions that move and hurt me, and I include nothing irrelevant to those questions, nothing gratuitous, then the work is not transgressive or exploitative.

I understand, though, that the people about whom I’ve written may take a different view.

And to be frank, I understand that. When I’ve seen myself written about (as in a newspaper, for example), I often cringe a little, feeling as though a partial, and thus distorting, portrait has been drawn. This has come to seem perhaps inevitable, since we humans intersect with each other in such incomplete ways. Yet I still often find those public depictions uncomfortable and inaccurate. So I understand that people who’ve found themselves depicted in memoir might feel quite the same way—and even more strongly, since memoir often reveals painful material.

I wholly support writers’ right to explore such material, but I also empathize with people who don’t like seeing themselves in print.